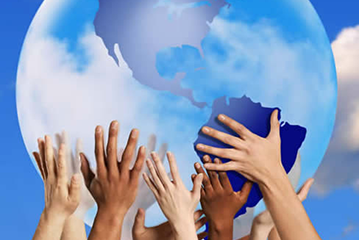 There are individuals that were bold enough to document their complaints and ideas, come up with an invention or in one way or the other make a contribution to customer care evolution. This far we have come, much they have done, and therefore deserve credit.

1750 B.C: The First Customer Complaint by Nanni (The ancient Babylonian)

No single person in the history of customer support evolution made a bold move other than the Ancient Babylonian. Nanni had received the shipment of copper ore that was of a poor grade and damaged too. He was so bitter that he wrote a letter expressing his anger to Ea-Nasir, who had supplied him the product. Funny and awkward it may seem, yes, but the fact that he decided to inscribe his complaint on a dry tablet that lies in the British Museum leaves us with a story to tell. This complaint laid down the foundation upon which customer support history started carving its own unique niche during the early stages of the great industrial revolution.

This was the letter he wrote to his supplier:

“When you came, you said to me as follows : “I will give Gimil-Sin (when he comes) fine quality copper ingots.” You left then but you did not do what you promised me. You put ingots which were not good before my messenger (Sit-Sin) and said: “If you want to take them, take them; if you do not want to take them, go away!”

What do you take me for, that you treat somebody like me with such contempt? I have sent as messengers gentlemen like ourselves to collect the bag with my money (deposited with you) but you have treated me with contempt by sending them back to me empty-handed several times, and that through enemy territory. Is there anyone among the merchants who trade with Telmun who has treated me in this way? You alone treat my messenger with contempt! On account of that one (trifling) mina of silver which I owe(?) you, you feel free to speak in such a way, while I have given to the palace on your behalf 1,080 pounds of copper, and umi-abum has likewise given 1,080 pounds of copper, apart from what we both have had written on a sealed tablet to be kept in the temple of Samas.

How have you treated me for that copper? You have withheld my money bag from me in enemy territory; it is now up to you to restore (my money) to me in full.

Take cognizance that (from now on) I will not accept here any copper from you that is not of fine quality. I shall (from now on) select and take the ingots individually in my own yard, and I shall exercise against you my right of rejection because you have treated me with contempt”

The letter clearly shows that Nanni took the matter too personal, but it sends a clear message to the whole world as far as customer care standards are concerned – It is the customer complaints that lead to positive results over history (Improvement in Customer Service & Support)

The work of these publishers left a big positive mark in the journey of customer experience history. The book titled “Experience Economy” opened the eyes of the entire corporate world. It was written at a time when customer support appeared like a no-guarantee success for many businesses despite the fact that by then, the Millennia involved a lot of customer experiences. After many companies had read the book, they experienced a dramatic awakening that saw them renew their customer relations in order to remain competitive. The modern day CX had its foundation established on the ideas of this book. Pine and Gilmore made the corporate world see the bigger picture that had been hidden from them for a long time. Few years after the launch of the book, customer service started evolving at a dizzying pace.

Janet: The Director of Customer Service for Starbucks

Janet enormously contributed to the evolution of customer care history. The authenticity enjoyed today is one of the fruits of her labor. She worked at a call center at an early age when she was still in high school. Her wisdom and dedication in customer service brought her face to the internet where she earned global fame. Her efforts are greatly attributed to one of the world’s most recognized brands that sell in more than 60 countries worldwide. Her career at Starbucks has seen her play great roles in the long-term strategies for quality customer services.

You walk into a supermarket today and enjoy the freedom of browsing the shelves and picking the good of your choice and leave for home. Ever given the issue of self-service a thought? Well, it all started in 1916 when the Piggly-Wiggly stores were opened by Clarence Saunders. Customers had the privilege of inspecting products before finally paying for them at the cashier. No matter how revolutionized today’s self-service looks, it all started from here. By the mid of the 20th century, most traders had adopted the technique. 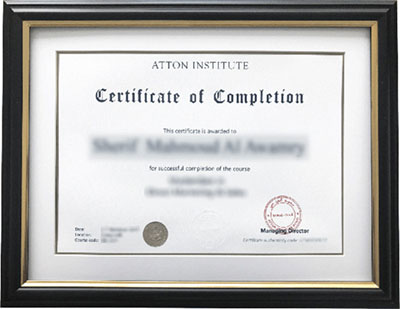